ENOUGH ALREADY... All you really need to make great beer.

OK, here I go again.   Just saw some posts online that set me off.   A guy was claiming he couldn't go all grain until he finished his home water filtration system, and his ridiculous brew rig.  I happen to know this knucklehead, he lives in my neighborhood (you know who you are).  He is a good guy but he has gotten caught up in the whole "the best rigs make the best beer" silliness.  So here we go again...

FACT 1 : The best rigs do not make the best beer...the best brewers do!

The man who taught me to brew all grain beer passed away 10 years ago this month.  We called him Mankind.  Out of respect to his family I reserve his name.  He was a legend in the Kansas City brewing scene.    He was only 51. He died of a brain aneurysm.   But his wisdom and sense of humor stay with me. I have saved every funny email he ever sent out.   He brewed amazing, award winning beer in his garage with jankity equipment he found or sourced for free.   He was legendary for going to closed up restaurants, and churches and getting their pots. 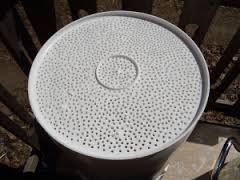 Our mash tun was three 5 gallon buckets, one had the holes drilled in the bottom to be a screen. (some of you have been asking why 3?  He hated valves, valve have to be cleaned.  So with three we could vorlauf the entire volume of wort for each batch)   We spent an entire afternoon drilling little holes to make it.   To keep it warm we would pour a little more nearly boiling water into it... The boil kettle was a turkey fryer, aluminum.  He stirred the mash almost constantly.  He kept his recipes and his process simple.  The only extravagance he owned was a 75' copper 1/2" immersion wort chiller.  He was a wort whisperer.   He could literally see, hear, and feel what was going on in the mash tun and the boil kettle.   No valves or pumps. A bamboo stick was the sight tube... You have probably only tasted beer as good as his once or twice in your life time.  The best brewers make the best beer, you do not need to spend thousands of dollars on your gear.

Don't spend any additional money on your mash/boil rig until you have a fermentation chamber.   "brewers don't make beer, yeast makes beer". Mankind used to say, "if you aren't controlling your fermentation temperature... you don't love brewing... you just like making wort".   Many people have won major awards with extract brews.   My Champagne lager may actually be better as an extract.  No one I am aware of has won major awards without being able to control fermentation temperatures.  Even Saisons, and Dark Strong Ale, which like higher temps... don't like up and down fluctuations.


FACT 3 :  If you made something that is difficult to clean... you failed. 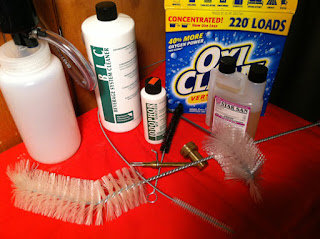 Cleaning is the most important thing you do.   And yes it sucks.  So if you build a rig that you don't want to clean... you failed.   If you build a system that is difficult to clean...you failed. Other than the recirculating eBIAB systems, the new systems are bears to clean.   Mankind also used to say "if you don't enjoy cleaning... you don't enjoy brewing".   The late Dr. George Fixx taught us that many of the issues we have with our brews are minor infections.  Not big nasty scary pedio infections, just minor infections.   Other neutral yeasts that were part of your pitch or in your air. They keep your beer from being everything it should be.  I rarely comment on this because I don't want to start the whole infection debate again.   So just read his book.  Many many times when someone is posting about a beer not attenuating all the way... a bell goes off in my mind... "minor infection" but I don't post it because implying that someone was not awesome in their cleaning and sanitation regimine is considered uncouth.

FACT 4 :  All you really need to brew great beer.  And this is a fact.

That's it.  You need nothing else.  I suggest that before you invest in a fancy wort production machine, you invest in a fermentation chamber, and anything that makes your cleaning easier and better. Before you spend thousands on an "e RIMS 3 vessel system" that is controlled by an ap on your phone... Build a lagering chamber.   Your focus should always be, cleaning, temperature control, and to a slightly lesser degree aeration.

That is all...keep brewing.
Prost.
Posted by David Stelting at 8:38 AM