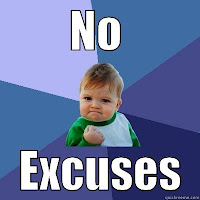 Ok so this year has been tough.  Two of our team had babies, I got a promotion, Mark... well Mark was already living the busy life of KC's most eligible bachelor.  So we haven't been as active as we normally are.

But that doesn't mean we haven't been brewing.  WE HAVE.   We just haven't been posting about it.  Recently we brewed a Belgian Blonde with Raspberries, A BDSA (with Dingemans...Post coming) and an American Light Lager that should be great once it finishes lagering, we also brewed a raspberry kolsch, and several pale ales.  We have continued our sour projects as well.   But now life is calming down a bit.  So it is time to hit the blog and hit it hard.  In upcoming weeks you will see blogs on our raspberry Belgian blonde,  BDSA, a tripel, a spiced winter saison, and on our version of an East Coast India Pale ale.  So we are getting back after it in a big way, hoping to finish the year strong. 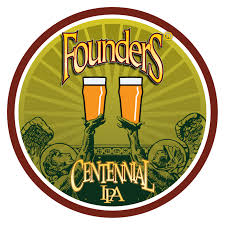 But tonight, tonight is about a classic grapefruity Centennial India Pale Ale, with a twist.    Tonight we keep it simple and we make a basic American classic.   Our recipe has changed and grown from it's original simplicity but the heart of the recipe is still beating strong.    A basic american india pale ale, inspired by an american classic, Centennial IPA.  But when it is me and Mark, we never leave well enough alone.   We always do something to push the limits and learn.  So classic Amerian west coast IPA made with East Coast IPA techniques.  Tonight we brew hazed and confused.

In keeping with our desired classic out come, we are keeping tonight's brew day simple.   Just a single sachrification rest,  with a sparge rinse.  Brew in a bag, straight forward and easy.   And we are no chilling the beer. The point?  You can brew a beer on a week night, on your stove top.  We are making 2.5 gallons of the beer. 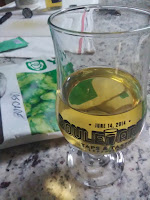 We started the evening by drinking some wine I made as we got set up for brewing.   If you make beer but you don't make wine, you are really missing out.   I don't profess to be a sommelier, but I use Winexpert and Master Vintner kits to make wine that friends (1 of whom is a sommelier) assure me is fantastic stuff.   I like it, they seem to love it.  It's a win / win.  I have made 20 or 30 different kits over the years (and some actual all grape wines) they have all been really good.   My favorites winexpert kits are California Trinity White, and Diablo Rojo ( I leave out the K pack).  My favorite Master Vintner kit so far is the weekday Pino Noir.  I am making the wine makers reserve Moscato right now.  Should be great by spring.  If you think about it, you are really in the fermentation hobby.  If you can make beer you can easily make wine, cider, mead... pizza, cheese, or even fermented pickles. 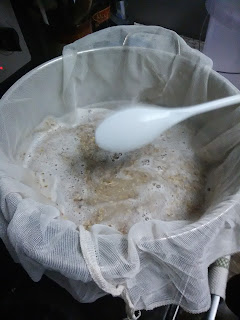 The most interesting thing about our brew?   We are using a blend of 6 row and 2 row malt from Cargill Malts  That has become our go to.   You may ask why?  Well first off, I would argue that 6 row is delicious and people should use more of it, but more importantly, because 6 row has more diastatic power than two row.  Diastatic power is measured in degrees linter.  The Linter scale is a measure of a malt's enzymatic ability to reduce complex starches into sugars.   Where as most two row has about 100 degrees linter (up to 110) ,  Schreier™ Six-Row Pale has 145 degrees linter.   It is just way more potent stuff.  In theory it can convert it's own starches and upto 45% additional starches.

As brewer's we have all but forgotten about diastatic power.   All modern base malts do a pretty good job converting themselves. But there was a time when diastatic power was a major component of our recipe planning as home brewers.  I will admit it isn't such a big deal any more.  But it is nice to know your grist is well designed for success.  I would also add that 6 row malt tastes great.   What does it taste like you ask... well it tastes like 6 row.  I perceive it as more cracker like, and maybe a little sharper. 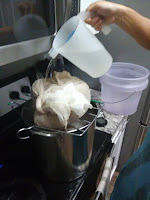 So we set out to brew an easy week night IPA with the no chill method.    When you brew a no chill hoppy beer you need to make some adjustments to your hop schedule.   The hops will be in contact with the hot wort for much longer than a standard batch.   So basically, just back your flavor and aroma additions up by 20 minutes or so.  Those methods have been covered, and covered again else where, so I wont belabor the method here.  I will say, Brewersfriend and Beer Smith both have settings for no chill.  We generally do a bittering charge and then nothing until the flame is off and the wort is cooling.   We hit a five gallon no chill with 3 to 4 oz of hops when the wort gets to 190 F.  This was a 2.5 gallon recipe and we used, 1.75 oz of hops for the "chill" addition.  This beer will get an additional 2 oz of dry hops. 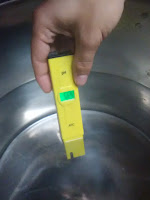 Since this was an easy brew night, we used 5.2 stabilizer for our water adjustment.   The pH stabilized at about 5.34, hot, so probably around 5.5.  I'll take it, not bad for tap water and no real water adjustments.  As always the smell of the Cargill grains was amazing...just some how more, than the other grains we sometimes use.   We boiled for a full hour.  When you "no chill"  you have to be aware of potential DMS.  The easiest precaution is to boil hard for 60 minutes.  Also a good idea for any brew with lots of 6 row malt, it has a bit more sms, the precursor to the dreaded dms. 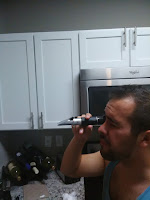 My favorite thing about this method, is you really can brew on a week night.   We ended up way overshooting our gravity ( probably due to the 6 row malt )  so we ended up brewing 3 gallons of IPA.  We originally planned for only 1.5 oz of hops in the "chill", but ended up adding an additional .25 of Centennial, and .25 of Equinox.   Should be a grapefruit bomb, can't wait to try it. update:  it has been over a month since brew day.  The beer was exactly as planned.  It was hazy and totally grapefruit...citrus... juicy... great stuff.   This may create controversy, but I am now clear... I prefer traditional IPAs.  Don't get me wrong I have enjoyed the haze craze... but I really dig a bitter, citrusy, grapefruity, crystal clear West Coast IPA.

Stay tuned more posts coming up.  And more Belgian Inspired Brews.  AS we head into spring, we will be making some lagers for spring and summer consumption. Can you say decoction neighbor?  I know you can...

Posted by David Stelting at 8:32 AM No comments: