One of my favorite things about home brewing is that there are no rules.   You can brew the beer you want to brew, the way you choose to brew.  You can add hot peppers to cream ale, or use all Vienna malt for a pale ale. You can even add ridiculous ingredients to a stout... like lobster or oysters. It's your beer, do what you want.  And although there are always opinionated trolls on the internet who are more than willing to tell you that you are doing something wrong, there are no brewing police.

A couple of weeks ago we set out to make a Marzen for consumption later in winter.  I realize we were late to the party and that we should have made it a long time ago.  But like you, our lives get busy.  Like you we have jobs and families and sometimes we don't get around to brewing something, or at least posting about brewing.   But things are settling down now, and we should be posting again weekly.  We will be starting a series on advanced ghetto brewing soon.  In it we will show you easy and more importantly affordable ways to step mash, decoct, control fermentation temperatures, aerate, make starters, and naturally carbonate your beer.

Right now my fermentation chamber is full of tailgate beer.   Cream Ale, Centennial Blonde, and Dry Stout.   So we are making and fermenting this one at Mark Anthony's place.   And MA doesn't have a fermentation chamber.   So we are fermenting at room temperature.   A lot has been said over the past couple of years about lagers at room temperature.  Let me assure you, this is not a best practice.   If you can ferment in cool controlled temperatures, you should.  But if you can't that doesn't mean you shouldn't brew a lager.  It won't be gross, a lager yeast puts off less ppm of esters than an ale yeast, even when you ferment at higher temperatures. They just happen to be lager esters.  In fact, I often use 34/70 at room temperature for a blonde ale, cream ale, and even some IPAs. So just go ahead and make the damn thing, and use a lager yeast that can handle room temperatures, there are many of them on the market.

With the growth of German styles there has been an increased demand for and discussion about malt selection.  Remember, the most important thing in malt selection is freshness.  And when most of your malt comes all the way from Germany... that means most of your malt was subject to the harsh conditions of shipping all the way from Germany... on a boat, on a train, and on a truck.  So malts that have been shipped from overseas have been subject to all kinds of temperature swings.  Not a huge deal for malt, but still an area of concern.  Foreign Malts... they may be awesome, they may be crap, you just don't know until you brew with them.  So for my base malt, in every recipe that calls for Pilsner, I always use at least half North American Malt.  I like Idapils  by Cargill.  I just want to make sure that a good portion of the grist is fresh.   In truth, for lots of recipes, Idapils is my base malt.   I can't explain the bready, slightly sweet aroma and cracker like taste.  You really need to try this one for your self.  So while I do use some European malts, they never make up the majority of my grain bill. I'd rather use fresh North American Malts, where I know I will get good conversion and great flavor. 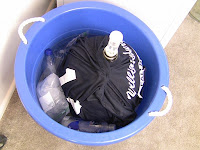 So if you don't have fermentation control, don't let that stop you, go ahead and make a lager at room temperature, or just make a swamp cooler with a laundry tub, some frozen 1 and 2 liters, a fan and some dish towels.  Easy lagering, no big investment. In truth a used mini fridge and controller will be about the same price as the other items I just described, but you probably have most of the stuff you need for a swamp cooler.)  Alternatively, find a cool place in your basement.   A swamp cooler with a fan can easily hold your fermentation down to lager temperatures. 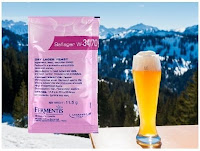 The key to brewing a a room temperature lager is yeast selection.  Any yeast that is called a "steam beer" yeast, or a "california lager" will work just fine.   Personal favorites are WY2112 and wlp810.  I have made many lagers over the years with steam beer yeast.  And they all turned out just fine.  You can also use Saflager 34/70 or WY2124.  I haven't tried the L05 by Imperial yet, but I may at some point.  In truth, I generally just use Fermentis 3470. It is crazy reliable, and a great attenuator.  I know the guys at Brulosophy have done several xbrmnts with 3470.  Their most famous, they fermented it at 70 F.   But in truth we were doing the same thing in the 1990's.   Full disclosure, we didn't really know any better.  We knew we needed more lager yeast to get a good healthy fermentation, but most of us didn't know we needed specific temperature control.   And the beers turned out just fine. 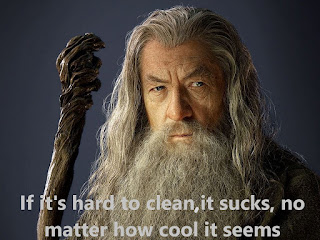 Digression warning - I for one believe that the home brew world has gone crazy with expensive gadgetry. You can literally spend thousands on brewing equipment. But before you do, ask yourself, should you? My brewing mentor used to say,  "it's the brewer... not the equipment, and if it is hard to clean...it sucks...no matter how cool it seems" (miss that guy and his wisdom).  We are about to embark on a series called "advanced brewing ghetto style"  In that series we'll be showing you that you can brew even the most advanced styles with out spending a fortune.
equipment. I know guys that have spent over 10K on their home brewery.  And their beer... isn't any better than ours... In truth not usually as good as what we brew.  Which brings me back to the word's of my brewing mentor...

But today, today we were making a "steam marzen", here is how we did it.  We chose Liberty for the hop because it is so similar to a noble hop and we had lot's of it on hand.   We also are trying the Mangrove Jack's yeast for the first time.  We'll let you know how it turns out.   The malts are all Cargill. 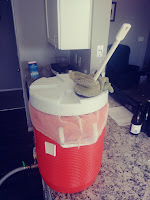 The day began with water adjustments, like always.   We can get away with using city water for any amber to dark beer, Mash in was spot on.   The mash went as expected.  By the way, do you like our ghetto advanced mash tun?  An up coming post will show you how to make one.  We are averaging 75% mash efficiency with it on a 60 minute mash and 82.5% on a 90 Minute mash.  On this brew day we decided to do a decoction for the mash out step.  Decoctions are not strictly necessary.  But they are fun and we are among the brewers who are convinced that decoction adds a certain flavor that you just can't get from a normal brewing process.  We also enjoy some of the traditional processes.   We are guys who find brewing to be relaxing.  We don't stress out while we brew.   We have all brewed enough batches that we really know what we are doing and how to react to anything that may come our way.   On this day our mash fell by 4 degrees over 60 minutes... no big deal we'll just do a decoction. 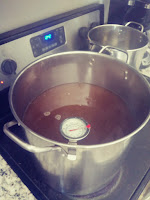 The boil was uneventful.   No boil over or other shenanigans to report.   A lot of you turn your brew kettle in to a magma like cauldron... boiling hard and always at full power.   To you I say... why?  You don't need to boil at full power, just above a simmer is just fine, it will still evaporate and concentrate your flavors, it will still break down proteins, and hop utilization will still be fine.  In fact there is a phenomenon called boil shock, which we will cover in a subsequent post.   It takes a while to get used to a gentle boil but once you do, you will never go back.   This beer is currently lagering.  Can't wait to try it soon.     When it is done, we will of course post updates with tasting notes.     The good news, we're back, and should be posting regularly again.   Sorry for the lapse. Up next a couple more brew days, and then we will all embark on Advanced Ghetto Brewing.
Posted by David Stelting at 10:42 AM No comments: