All these guys online talk about the need for massive BTU systems.  They tell you you can never get a quality boil with an electric Turkey Fryer.  I'm here to tell you, they're wrong.

We brewed this weekend with the Cajun Injector Electric Turkey Fryer.   IT HAD NO PROBLEM BOILING 6.5 GALLONS OF WORT.   Boiling Full Volumes of Wort is a real key to brewing better beer.

Now in fairness we did a partial mash, and heated our sparge water on the stove.   Then we did a near boiling water addition to bring our wort to volume and to temperature.  But once we were at a boil the Fryer did fine.  We left the lid on, but ajar.  This created a very large gap for ventilation of Steam and the dreaded DMS. 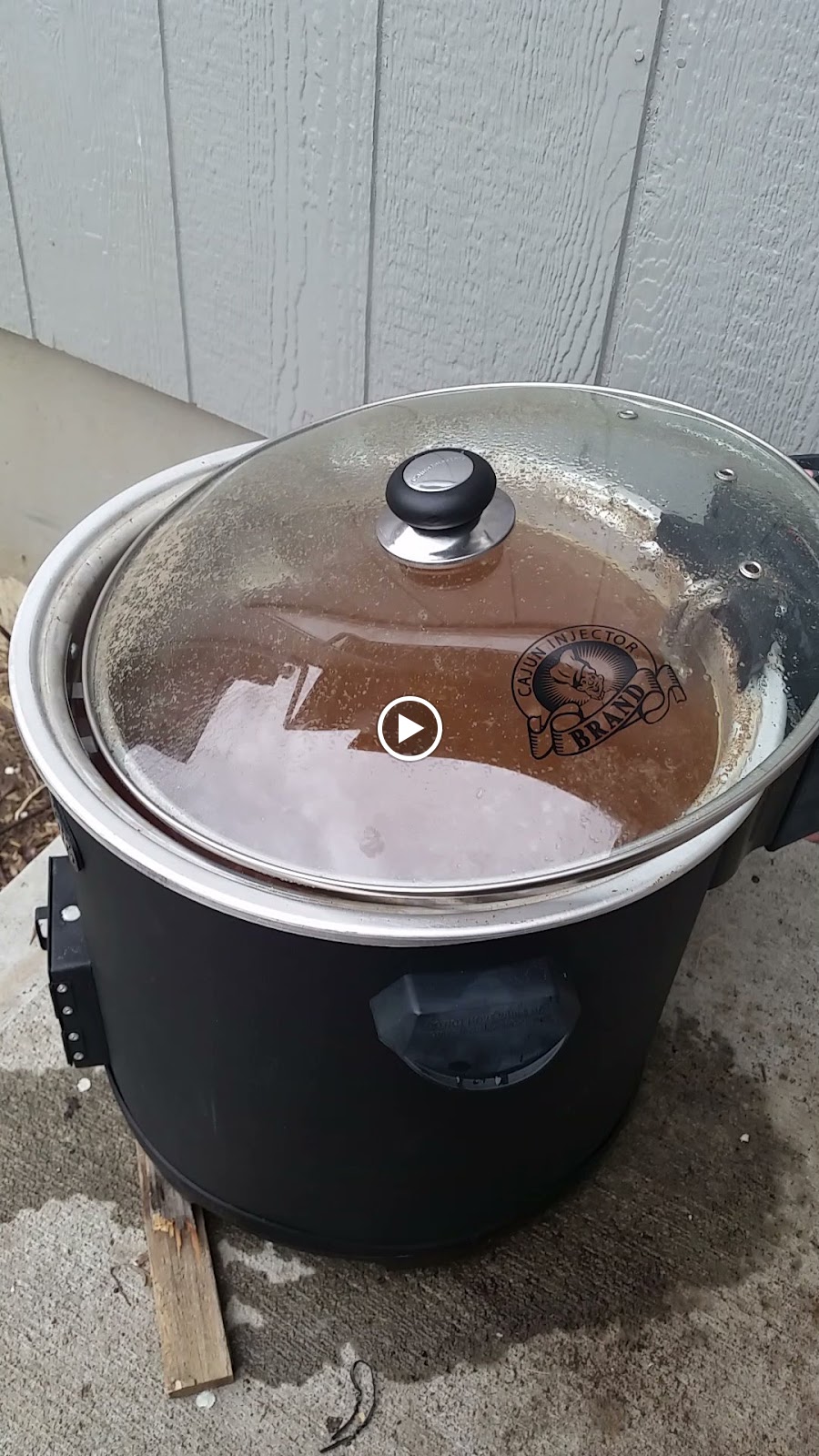 You can see for yourself in the video at the left.  It is boiling away.  The brew in the pot is our "Risen APA" 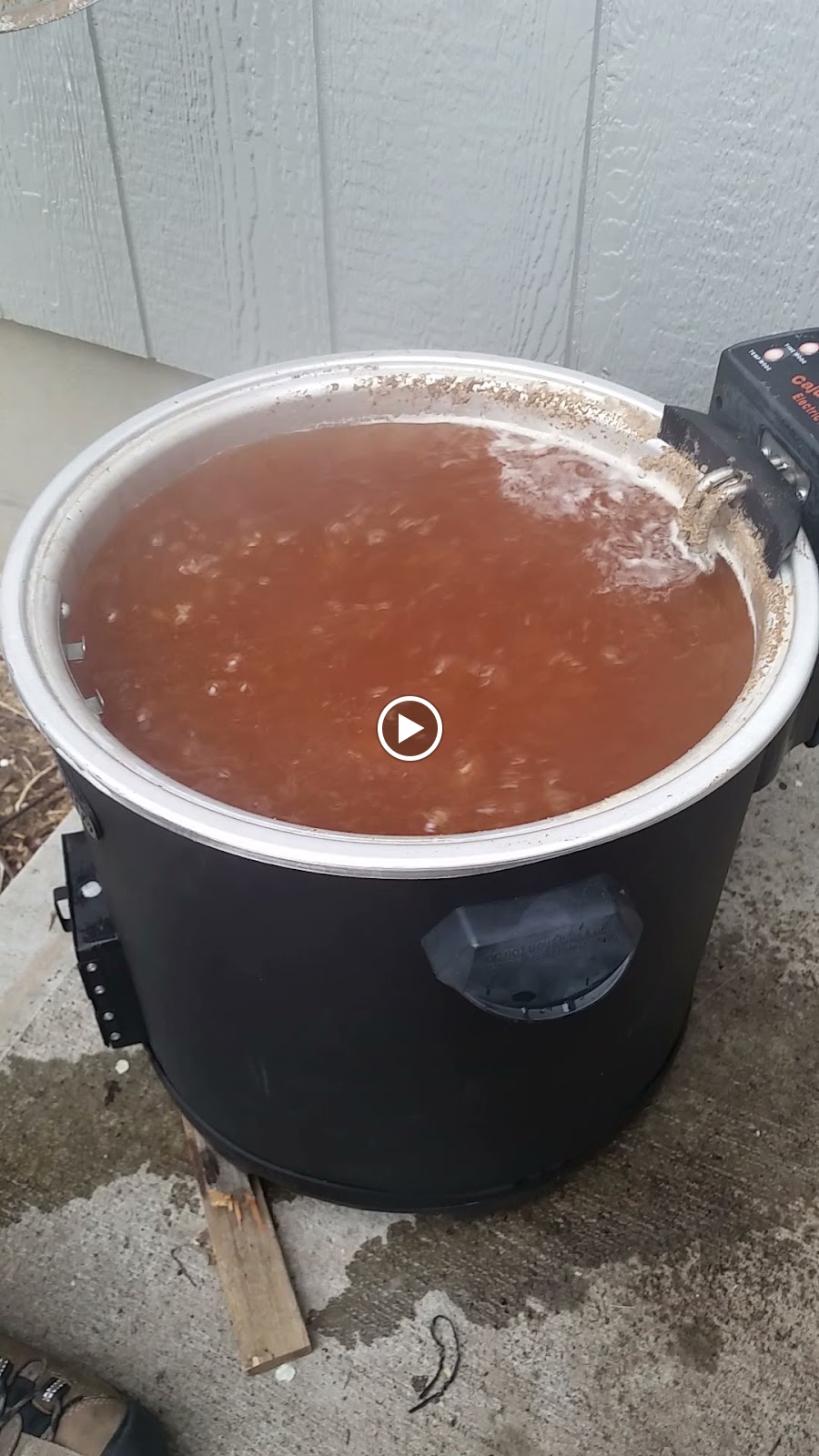 Even the guys who are the most scared of DMS would have to agree that is more than enough ventilation to allow for steam and DMS to escape.

Here is another video of the boil with the lid off.  Not quite as vigorous but still just fine for brewing beer.  This affordable kettle should be a tool that any brewer who wants to step up to BIAB or Partial Mash should consider.   There is just no reason to spend thousands of dollars on your brewing system.   Use your head, buy stuff that makes sense.
Posted by David Stelting at 10:22 AM