So we have been busy, even though we haven't been brewing much there is still a lot of work to do in the Counterbrew world.   Right now most of that work is cleaning, and bottling home brew.  John is down right now with a torn achelies tendon.   The surgery went well and he will make a full recovery, but if you selected him for your fantasy brewing league, you may want to make a trade.  John's injury means that he and I are in a bit of role reversal right now.   John has stepped up to do the planning and keep us organized.   Jake and I are doing the manual labor part of the home brewing.   Mark is in Brazil for the month (rough life right?).   You can expect some posts from Mark soon about the state of craft beer in Brazil, should be riviting stuff.   The craft beer scene there is finally beginning to take off.

Saturday I arrived at John's house and found his family in from out of town to help with spring cleaning, and his lovely wife already in full domestic mode.   (the eggs and bacon were great).  I was there to bottle up Hoptonite, our ridiculous dIPA.   The bottling went smoothly, I took my time and followed my process.  We ended up with only fourteen bombers of this hop monster.   Fourteen?  yes, you read it right, only fourteen.  Why so few?  And what would you change next time?   We only got fourteen because of two factors, First, we did not bag our hops during the boil.  That was certainly a mistake.  Next time we will be bagging up our hops.  We lost at least a gallon of the brew to trub and hop debris.   Second, we had a blow out of epic proportions, we lost a gallon to that.   So we only packaged 2.75 Gallons of beer.  But lessons learned, next time we will consider Fermcap to prevent the loss of that much beer.  Next time, we will attempt to package four to four and a half gallons of beer. 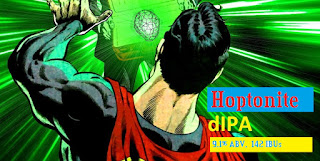 Here is the good news about Hoptonite.   The samples we tasted were unreal.   Hugely hoppy and not muddled at all.  I think we have crafted a world class dIPA.  And we did it with common sense, good advice, research, and technology.   If you haven't read the dIPA series I really encourage you to do so. We were enjoying our Pliny clone when we pulled the samples from Hoptonite.  All joking aside after tasting the Hoptonite, the Pliny tasted like a blonde ale.   Which is strange, because before the Hoptonite, I would have told you the Pliny was extremely hoppy and delicious.   So fingers crossed, now we wait 10 days or so and give it a try.

I also moved a couple of beers into the fermentation chamber for cold crashing.  It has been an unusually cool spring here in KC, so we were able to ferment the east coast IPA right in Johns basement.  Temperatures never varried by more than a degree or two from 64 F.  I also moved the "clean" Saison du Pirpaix clone to cold crash.  Although I don't expect it to clear up completely, it should still clear some.   Tonight Jake and I will bottle those up.  We will also hit August Hyppo with additional dry hops and put it in the chamber for cold crashing.  Should bottle up later this week. I moved a golden brett and the brett/lactic sour saison into the sour chamber. (yes we have multiple temperature controlled fermentation chambers, and we are adding a keezer and a lager chamber soon).  UPDATE;  Jake and I bottled the East Coast dIPA, the Saison du Pirpaix, and the Pomengranite Blonde.  The ECdIPA is fantastic, better than hoptonite?  No, not better but excellent in a different way.   The Saison du Pirpaix is probably the best saison I have ever made.  The pomengranite blonde was just a fun one off experiment.  Should be good.  Later this week, we will bottle August Hyppo.   We're flush with IPA and dIPA. 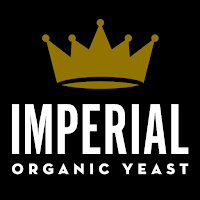 I pitched a mixed sour culture into a golden lager we made.   The original intention of the golden lager was an easy drinking summer beer, but with moving and splitting up with the old lady, I never got around to lagering it.   The awesome people at Imperial Organic Yeast gave us some samples to try.  This mixed culture is called "sour batch kids"  Imperial packages their yeast in cans and guarantees over 200 B cells per can.  Their yeast is great stuff. As you know we are fans of dry yeast but, when you need a liquid yeast I recommend them highly.  We'll likely let that beer ride for 6 months to a year, stealing occasional samples from it, before packaging.   "sour batch kids" is a mixed clulture pitch with a low attenuating Belgian strain, a Lactobascillus, and two Brett strains.

Finally, John and I discussed our next brew.  I think we are scrapping the idea of an exact clone of Pilsner Urquel, and brewing a hoppy lager instead.   Well, we aren't scrapping it, just waiting for Mark to get back from Brazil.  That is an intense tripel decoction brew day, we'll need all hands on deck for that one.  When I last spoke with him, John was researching Firestone Walker Pivo Pilsner.   It would be great to do a couple of lagers back to back so we can use the quick lager method from Brulosophy.   So we may brew on Saturday and Sunday next week.   John's creation and a straight forward Champagne Lager.

Posted by David Stelting at 8:02 AM