Sunday was a beautiful and peaceful day in KC.  A gorgeous day to brew.   Brewing with a team is great.  There are things you can not do by yourself that you can do with just a little help from your team.  Our team is spread out right now.  Jake was at the TPC in Jacksonville.   Mark is still in Brazil and John is hampered by a torn Achilles tendon right now.   But there is still a lot he can do.   Fortunately for us, John's lovely wife stepped up and helped a lot.  (Thank you Beth).

So Sunday, John and I set out to brew a triple decoction Munich Helles with Cargill Europils.   Europils is grown in Canada, but made following traditional European practises.  We think it is fantastic stuff.   Our hops were BSG small package Hallertauer Mittlefruh.

Our goal was to stick to traditional brewing as much as possible, and to make things easy as possible.

We used no water treatments other than camden to knock out the chlorine.   The pH adjustment was made with 1lb of acidulated malt.  Our pH after dough in came in at 5.44.  The wort tasted amazing.   I am not saying we are committed to this approach all of the time.  In fact, I would say generally we will make full water chemistry adjustments.   But today, John and I were geeking out and channelling the wisdom of the German brewers of old.

We let the grains rest for 15 minutes at 132 F before pulling our first decoction.  This is called the enzyme wash.  It allows the majority of the enzymes to get into the liquid.  Our trusty 1 quart metal mesh strainer broke, So we had to use a pitcher to remove the grains from the mash tun.   I strongly suggest that you, use a mesh strainer.   If you don't have a mesh strainer, just go get one, and know that if you decoct a lot, you will be replacing it once a year.  Using a pitcher was such a pain in the ass, and on a brew day you know is going to be long, it just isn't worth it.   But we made do.  The first decoction rested at 150 for 15 minutes and then was heated to a boil.  Jake's jet burner makes quick work of decoction heating.   Beth, John, and I took turns stirring the decoction boil for the 15 minutes.   And then the entire decoction was returned to the main mash.  The temperature rose to 145 F.  I do need to say, if you do not own silicone gloves, you really need them for a decoction brew day. You will be lifting heavy kettles full of boiling grains and wort.

We rested at 145 F for 15 minutes and then pulled our next decoction.  The second decoction is faster. You really don't need to rest at 150 on the second decoction.   You can proceed straight to the boil. Once again Beth, John and I all took turns stirring for the 15 minutes.   The second decoction, really all decoctions will seem really dry when you first put them in the kettle.  But they will give off the wort as they come to a boil.   By the time you are done with the decoction it will be soupy.   So don't worry just keep stirring.   We returned the decoction to the main mash and rested for 20 minutes.  The temperature rose to 155 F.


After 20 minutes we pulled a thin decoction.  Now, what the heck is a thin decoction?  It's just wort.  We pulled 4 gallons of wort from the mash and brought it to a boil.  When it boiled we poured it back into the main mash for the mash out.  The temperature rose to 170 F.   We rested for 10 minutes and then collected 11 gallons of wort for the boil.  You can use this techniqe for any mash out.

Our target wort gravity was 1.034.  We were at 1.042.   So we overshot again, but we were with in a reasonable tolerance.  The proteins kept building during the boil.  Even with Fermcap S we almost had boil overs.   I know that decoction completely unbundles the proteins, I'm sure this has something to do with our results.  Hallertaurer is low this year 2.5% alpha acid. So we added  .6 oz of warrior at 60 minutes, just to get our bittering where we wanted it. We added 1 oz of Hallertauer at 60, .6 oz of Warrior at 60, and 1.5 oz of Hallertauer at 5 m.  The beer was chilled to ground water temps of 57 F with our Jaded Hydra Chiller.  We let the chiller run for 10 minutes to get to 57 F.  next time we'll set up a final chiller with a sump pump and the old immersion chillers.  Just get a hydra.  Don't whine about the cost, it's the best money you will spend.  We can chill 10 gallons from boiling to pitch temps in about 6 minutes.


Rigorous Boil.  That was Jake's nickname in college 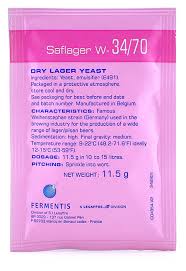 The boil was too rigorous we ended up collecting only 9 gallons of wort, at 1.068 OG.  4.5 gallons in two plastic fermentation buckets.  The simple solution was to add a gallon of spring water to each fermenter.  The beers were placed into the fermentation chamber which was set to 52 F.   After work tonight I'll be swinging by aerating, and pitching the yeast.   We are pitching 34/70 into one of these, and S23 into the other.    That way we can compare the two Fermentis yeasts and decide which one we prefer for this beer.

Overall this was a really fun and fantastic brew day.  I'll admit, I love decoction.  It is a blast.   And it doesn't have to be intimidating.   And it isn't just for german brews.  You can, and we have, add a decoction to your favorite ipa recipe and really create a great malt backbone.  Now, I know a lot of you will argue that decoction is not necessary.  And to you I say... you are correct.   You can make really fine beer with out decoction.   I know a lot of you will argue that decoction makes no difference, and to you I will say... you are just wrong.   It makes a tremendous difference in color, mouthfeel, and in taste.    So I encourage all of you to give it a try.  You wont be disappointed.

We have some exciting brews coming up.   We have a full team triple decoction Pilsner Urquel clone coming up.   We will be making our amazing tripel, because we are out of it and we all want more.  But we will be making it in a 10 gallon batch.   Then we will be making the fall beers.   A festbier (easy decoction), a BSDA, and for Beth a pumpkin beer.  Then our focus shifts to winter beers.   So by mid to late summer we will be making a fall Saison, and some great big Stouts for winter consumption. But don't fret sports fans, Mark and I will keep making some weird small batch stuff, wine, and sours.  So keep checking in.