Our top ten posts of all time... 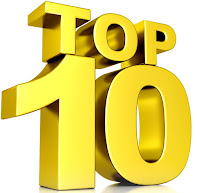 One year ago today I wrote a post that would really launch this blog, a post that nearly 20,000 of you read and shared.  That is a lot for our little blog.   The home brewing landscape was different one year ago.   There was more contentiousness, more arguing,  there was a rift between the BIABers and the 3 vessel guys... and no one was even talking about extract or partial mash,  what a difference a year makes.   There are literally hundreds of new bloggers and vloggers.  The internet and youtube are full of places to turn for good if not great information on home brewing.   And the landscape has settled down quite a bit in the past year.  Home brewers now seem to realize that there is not one right way to brew.  There are no home brew police.  As long as the end result is good beer, it is all home brew.   And in that year we have made over 100 posts, we hope they were informative and entertaining.   We write this blog as much for ourselves as we do for you.   We write it to learn and to grow in this great hobby, but wow the support has been fantastic.

So today we look back on our top ten posts (actually 11), counting down from 10 to 1.  With hopes that this will be a yearly installment on Counterbrew.

10.  Mash Voodoo - A deeper look at Mashing - A look at malt and mashing techniques, kind of a precursor to our advanced mashing series.

9  . Extract Excellence Part 1 - The introduction to our current series on making beers with malt extract.  Clearly there are a lot of people interested in making extract beer, if they can make it taste as good as all grain.

8.   The actual truth about yeast volume 2 - with Kevin Lane of Fermentis - The Ale episode part of our series on beer yeast with technical sales director for Fermentis.

7.   The actual truth about yeast volume 1 - with Kevin Lane of Fermentis -

6.   The dumbest things I've read about home brew on the internet....  self explanatory.

4    End the Arguing - No more trolls -  inspired by a particularly stupid on line idiot who didn't realize he was arguing with one of our industries giants, and a great gentleman in our community.

3.  Miller the Muggle -  A lager like ale made with an amylase powder addition during fermentation, turns out very similar to a light american lager.

2a.  The actual truth about yeast - the Brett edition - with Kevin Lane of Fermentis

these two switch places in ranking all the time.

2b.  A beer geek guide to step mashing, understanding the science -  part of our series on Step mashing.

1. A quick Rant -   inspired by an knucklehead who would rather spend money on home brew than his family.  Almost 20,000 of you read this post on the interwebs.

So there they are, the top 10 (11) posts of the past year.   We thank you all for your support, and of course we want to thank our amazing sponsors.  At BSG,  Fermentis,  Cargill,  Imperial Yeast, and JaDeD home brew.   We have also had support from BrewLab Kc, Bacchus and Barleycorn, YCH Hops, and Homebrew Pro Shoppe.

Tonight is the Extract Apocalypse at Johns, 15 gallons of extract excellence. We will post all about it with videos soon to follow.  Should be a blast.  Brewing on a Friday night!  Three extract kits from Northern Brewer,  Grapefruit Sculpin,  Dead Ringer, and Kama Citra.   Can't wait.

Posted by David Stelting at 6:42 AM