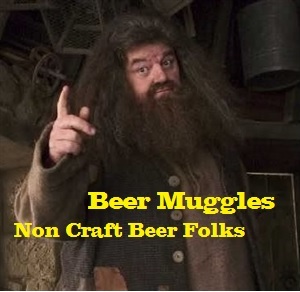 So we all have friends who don't like craft beer.   I am lucky, my best friend is my SWMBO.  She is amazing.  5'4" of italian sass and frass.   She supports my brewing obsession.  She even tries the beer she knows she will not like.   But she is a beer Muggle.   In other words... she is a non craft beer person.   (although she does like stella... and it is almost a craft beer).  I was determined over the past year to create a beer she would like.   And I did it.   The ultra light american ale.   This is basically a light american lager clone but... and here is the shocker... I actually make it with US05. 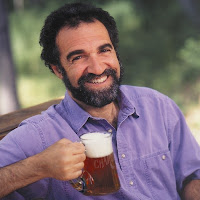 You may have seen my earlier post about miller the muggle.   Well that beer is a hit.   It is disappearing from the fridge at record pace.  I can't take credit for the idea.  It is from the godfather of homebrewing Charlie Papazian.  But I will take credit for making a great homebrew with an unusual special ingredient.   Amylase Enzyme.

If you are an all grain brewer, you know what amylase enzyme is,  the enzyme that breaks the starch in your grain into sugars that the yeast can eat. When we think of Amylase we tend to think of alpha and beta.   One makes super simple sugars, the other longer strands (yes Tommy Knowitall, I know that is an oversimplification). Charlie Papazian, in one of his books, had the crazy idea to add amylase enzyme to secondary fermentation.  His goal, was to make an ale that tasted like (dried out) an american lager. And, I have to tell you, as a man who brews lots, of lagers (well really lots of everything)  IT WORKS.

So this weekend, I am brewing Miller the Muggle again.   5.5 gallon, all grain. Damned near a SMASH beer.

Ferment for 10 to 14 days
Transfer to secondary.
Add 1 teaspoon of Amylase Enzyme
A new fermentation will start up.
Let it ferment for another 14 days.
at 4 days to go, dry hop. (trust me it needs the aroma)
Bottle or Keg and enjoy.