The holy grail... a lager like ale, at ale temperature

For 27 years I've been on a grail quest.  Like the Templar Knights of old, searching through the treacherous, talismaned,  and golden treasured landscape of brewing,  searching for the elusive grail...I've endured trolls along the way, and I've out lasted most of my original brethren,  I've battled my two most arch enemies, "Tommy Knowitall", and "Charlie Followcanon" in my search.  My search for the elusive ale yeast that will mimic a lager.  Mimic a lager so closely that they are nearly indistinguishable.

I'm no longer searching for myself.  My battle was lost long ago. I surrendered.  I'm not sure it can be done.  After all, we are talking about two similar but very different fungi here.  S. Cerevisiae and S. Pastorianus.   They are different.  Even the methodology of reproduction is different (coccular v. rod). So I surrendered. I gave up.  When I want to make a light "lager like" beer.  I just make a real lager.  So I'm continuing this search, this holy quest...for you.  My somewhat loyal readers, albeit accidental readers. ( By the way,  I can, and have argued pretty compellingly that this quest can be completed by using Wyeast 2112 or WLP 810 in a medium to low OG beer at low ale temps 60 - 62F.)

The grail? You ask, What is the grail?  For this blog, the grail is a mythological ale yeast that would create an ale so clean it might be confused with a lager.  Think of it.  An ale yeast that would perform well enough to create a lager like flavor.  So clean that only the purists could detect that it was an ale.   Over the years I have tried many methods and yeasts; Kolsch yeast, Alt yeast,  US-05, 1056, 001... all were good... none could be confused with a lager.  I have tried "beano beer", and the addition of amylase enzyme.  Also very good, but not a lager.   You see they all had too much ester.  There is a fruity, almost pleasant acidic note to an ale.  Lagers produce far less esters and therefore we call them cleaner.  And chemically the esters produced by ale  and lager are different.   I won't be getting into the science of yeast in this blog,  I won't be discussing amino acid up take,  and it's role in higher alcohol production and limitation,  and subsequently esters.  But know that ale and lager produce slightly different esters and compounds,  simply because they are different.

So I  begin another chapter in my search.  The latest contender, Fermentis  K-97. Laboratory reports on this yeast are excellent.   Real world reports of this strain are mixed.   But performance reports on the Internet,  especially negative ones, tend to be from people who aren't very good brewers.  Brewers who didn't take the time to understand fermentation temperatures.  This yeast needs low ale temperatures to be super clean.   I reached out to both those who loved the yeast,  and those who did not on the internet.  Guess what I learned. .. the guys who loved it, used it correctly,  they controlled fermentation temperatures, they aerated, they pitched adequately.   The guys who didn't,  told me how they fermented in their basement around 65, or maybe 68.  "Did temperatures vary?"  I would ask.  "Not real sure,  think it was pretty consistent." they would answer.   Generally with some comment about how they were about to build a fermentation chamber, or how they preferred a strain of yeast that could handle some temperature variation.  (and that is a fair and fine approach, that is what US05 can offer you).

But imagine a world of 1 fermentation chamber set to 62F where you could make, lagers, pale ales, cream ales,  and many english styles... you have to admit it's tempting.

I intend to try k97 in a cool consistent ambient fermentation.  I will not be using my fermentation chamber for this one.  Some yeasts are very forgiving. Some tolerate temperature  swings well.  Some do not.  Some yeasts are finicky,  others are not.  I want to know if this one is finicky.  I want to brew this the way you probably brew at home.  All yeasts are affected by temperature,  and pitch rate.  For example,  US05 is clean and moderately fruity,  but if you ferment it in the 80s... you can make a dammed fine Saison with it... yes you can, so don't even argue this point.  At higher temperatures the "chico" strain kicks off all kinds of phenol and ester.   It's really good, you should try it.  What is important to note is;  every strain of yeast reacts differently based on certain factors.  Chiefly. 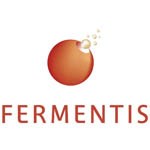 I've been talking to Fermentis  again.  And again, they are more than helpful.  I encourage you to use Fermentis. They're great.  So here is the basic information,  and the plan  Safale K97 is an ale strain that, when used correctly,  and at consistent correct temperature will attenuate at or above 80%, and will produce very little ester, only about 23ppm in a 1.074 wort at 68 F.  That is amazing.  It is about the same esters as amount as many lager yeasts and a little more than half of what you get from US05.   But remember these will still be ale esters.   There are many kinds of esters.   The sharp esters produced by a lager will not be present in this beer.  But the esters should barely be noticeable.

This is the best contender I've seen so far.

So this weekend, I brewed some cream ale.  Actually 11.5 Gallons.  Mark helped me on Saturday with a Pilsner style cream ale.   7# Weyerman Barke Pilsner and .5# of flaked corn.  The Weyerman Barke Pilsner is amazing stuff.   You need to try it.  The wort was delicious, and the extraction was fantastic. We got 1.046 for 6.2 Gallons of Wort.... Do the math... it's in the 90% efficiency range.   Tried a new technique for rehydration.  We pitched the dry yeast into a 1.035 wort starter at the start of the brew day.  By the time we were ready to pitch we had a great foamy starter.   That batch is rocking and rolling.   I'll do a brew day post tomorrow.

UPDATES:  It has been 11 days for the beer Mark and I brewed.  And The Krausen has begun to fall.  The Krausen lasts a long time with K-97.   The gravity is down to  1.010.  Should drop a little more before secondary.  Yes, Im going to secondary these beers, use gelatin, and cold crash.  This yeast is not a great flocculator.  But it will clean up with these steps.  Should be brilliantly brite.  Im in no rush.

It has been 9 days since I brewed the cream ale.  The Krausen is shrinking.  I'll make the Water and Corn sugar addition tonight.  But I will taste it first.  And decide how much to add.

Update: decided against secondary on both of these.   Just fined with gelatin.   Both batches have dropped under 1.010 both are around 1.007.  The taste is amazing.   Also I never added water and corn sugar to the cream ale and it still got this low.  This is done good yeast.   But reports of low flocculation seem to be true.  So if you use this yeast you'll have to fine with gelatin.  I'm going to use again soon for a true kolsch, that one I'll fine with super clear kc.  To get a perfect, brite beer.
Posted by David Stelting at 8:36 AM