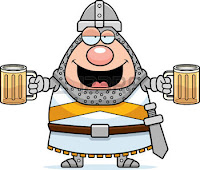 Sometimes I think I was born in the wrong time.  I know I should have been a knight battling dragons, or a member of the Rat Pack.    And sometimes I think that I was born in the wrong country. Don't get me wrong, I love this country most of the time.  But I really love Belgian beers.  I love the complexity, the philosophy, and the traditions.  I read books about Belgian (and German) beers.  I dream of sitting in a brick paved town square, on an autum day in a little town in Belgium with my SWMBO sampling the beers.  I am all about, "brew what you can, with what you have, where you are". It is the brewer not the equipment, or the precise process. 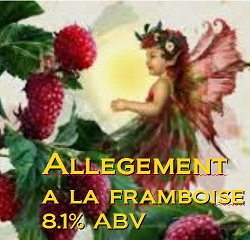 This weekend, like many before it, was all about the Belgians.  Saturday, Mark Anthony and I brewed a belgian blond that we will age on raspberries for a couple of weeks.  "Allegement al la Framboise".  I have made it before, or at least something very similar.  My memories of it may be romanticized, but I think it was pretty excellent.   Looking forward to it.  And if memory serves me, the SWMBO likes it too.

Mark Anthony and I also did loads of brewery house keeping,  checking on gravities, fining a batch of Kolsch, dividing the recent spoils of our efforts.  The strawberry wine has dropped to under 1.  It is sitting at .97.  Next steps stabilize, degas, clarify, and then back sweeten.  Then get some more going.  I may make make the dragons blood everyone is talking about on my wine making forums. Scaling it down to a 1 gallon batch. Or if i get really adventurous, Ill make Mountain Dew Wine.(yes it's a thing, look it up)

Sunday was brewday at John's.  With John, Mark Anthony, and Jake (intermittent but still very helpful).   We set out to brew and American Farmhouse Ale, inspired by Boulevard Tank)  7.  We call it " Murican #7"The day began, as it always does, the night before with water treatments. John had 8 gallons ready for us. Today would be our simple water profile,  knock all of the choramines out, treat with 5.2 stabilizer.  boom instant, nearly perfect brewing water.

My brew crew is still kinda new to brewing.  They have passion, and they are gaining in knowledge and experience.  But like all new brewers, they are hyper critical of their own successes and failures.  It was time to teach them a lesson.  They needed to know how good they have become.  So I repackaged some of the beer we have made.  I told them it was from a friend who had won some NHC awards and I served it to them.  They tasted, they smiled.  They raved about the quality... they asked about the processes.  And then I hit them with the fact that they, in fact, had brewed these beers.   I think my rouse worked.  I think they now know how good they are becoming.


Sunday's beer was a partial mash.   With 10.7 lbs of grain and 1lb of sugar, and 1 lb of DME,  We hit 1.080.   Which is .03 higher than where we wanted to be.  But we were learning some new processes, and we did a 2 hour boil.  Yes, two hours.  It was only supposed to be 90 minutes but I kinda wasn't focused enough and (hey is that a squirrel? wanna ride bikes?) we over sparged. The easy solution is the extend the boil.  Our mash efficiency was lower than expected, our brew house efficiency was a little higher... In the end we got where we expected to be.    We made a vitality starter again.  Glad we did, we overshot a bit, and the yeast will need help to get where it needs to go.

We announce the contest winners later on today.  And the yeast series picks up again tomorrow.

Posted by David Stelting at 8:55 AM