End the Arguing... No more trolls 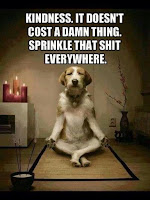 It's time to end the argument.  We all won anyway.   At the end of the day we all had beer.  Beer to share, beer to enjoy.  Yummy delicious beer.   So quit freaking arguing over how to make it.  Sometimes I feel like a broken record.  But here we go again.

What prompted this latest rant?  A troll. A lecherous wart covered, dung eating troll with tusks and leathery skin.  The kind of beast that should be driven out of the kingdom (summon Arthur and the knights)... the internet troll.

You know the type,the type who changed his on line name to "mstrbrewr" after his first Mr Beer kit.   Since then he's managed to brew a couple more times, but he has read and committed to memory everything.    His un welcome answers to questions are straight out of the books he's read. But not from his vast practical experience.   He's full of knowledge and passion for this hobby,  and he just had to share it all, now! Share it from his lofty position on the old couch in his mom's basement. 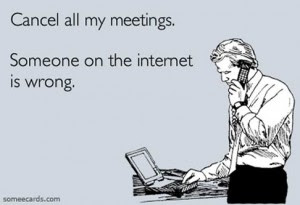 Tonight a guy on one of the forums made a pretty innocuous comment about 90% efficiency with  brew in a bag.   The conversation was pleasant, until Tommy Troll chimed in.  He explained to all of us that "this was not possible".   He quoted Palmer, he quoted Fix.   What he did not do is show any compassion or share any experience.   He attacked.   In his dully honed opinion, "only fly sparge  could get a person to 90%."  Despite several people letting him know they had done it several times.   He then proceeded to explain that biab is "much less efficient". And I had had enough.  He was desperate to display his knowledge. To establish his prominence in the brewing community.  He is, after all, the new brew sage we have been waiting for.

So here we go again.  There isn't one right way to brew.  Even commercial brewing is changing, many do not even have HLTs or Grants any more... opting instead for instant water heaters.  If you open your mind you'd know that.   My team and I are building a 1 BBL BIAB Recirculating Mash system.  You are welcome to use it (for a nominal fee) when you need to brew big, Are you really going to say no, because it's BIAB? 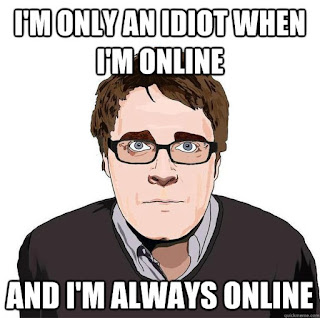 I am a classic example, and I was a classic fool.   I resisted biab for years.   I knew beyond a shadow of a doubt that my fly sparge system was the most efficient way to make beer.  I knew my system so well that I could coax 78-80% out of it.   But on a cold and snowy day I joined a friend who was brewing in his kitchen with an electric turkey fryer. All grain BIAB.  Winter / Kitchen brewing was something I couldn't do.   We got 83%.  I checked, and re checked.  I tasted the mash, perfect.  I rechecked the mash extraction efficiency.   There was no where to hide.  I had to admit it worked.   I now get 82.5% efficiency consistently with brew in a bag, on my kitchen counter top.   But please,  yes. Explain to me how only fly sparge is real  brewing.   Because I was doing that before you were born.

The world changes,  and we change with it.  By the way arguing about wort production... kinda misses the point.  I have correctly and precisely fermented average wort at perfect temperatures, and produced superior beer.  Once again malt has no idea it is being mashed.  Enzymes couldn't care less whether you biab, fly sparge, batch sparge, or no sparge.  After 3 or 4 years, of brewing you're ready to have really helpful experienced advice.  But not after 1 or two years of just reading and studying. Be kind. Be helpful, share your actual experience.  And remember almost everyone has read, and owns the books you are quoting.   If the real answer was in the book they would have found it already.   So don't sit around with the books in your lap trying to answer questions.    Believe me we've all read the books.   Ask questions.

And finally, we don't need a new sage... but we could all use another beer loving friend.
Posted by David Stelting at 7:41 AM