How to make a Session IPA clone... spring and summer are coming! 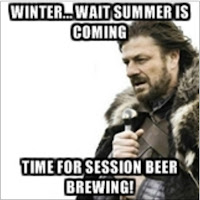 Yes, I know... alright.  You don't have to tell me... session beers have become all the rage. Every micro pub and brewery has them now.  But I was brewing sessions before they had a cool name.  Not because I was some trailblazer, I wasn't,  but rather because that is what we brewed in the dark ages.  In the early years of home brewing we didn't have all of the computer software, and technology we have now.   Most of the recipes we brewed were between 1.040 and 1.050 original gravity.   Because... well that's just how it was.   No one had thought of a double IPA in 1992.   So we made lots of American Pale Ales, and English IPAs.    Sure, when we made a Russian Imperial Stout, or an Imperial Porter we bumped that gravity up as high as we could but we only brewed  those maybe once a year.

Why?, you ask?   Well the main reason is that the beer culture in America was centered around light american lagers that were all 3.2% alcohol.  So making a 4-5% alcohol beer was comparatively strong.  But I think the quality of the yeast, and what we knew about yeast had a factor in our brewing too. 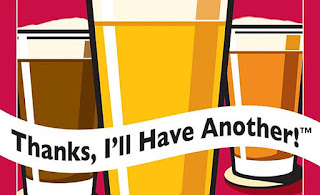 So we brewed a lot of lower alcohol beers.  Beers we now call Session Beers.   When you think about it, session beer makes a lot of sense.   With a session beer you can enjoy multiple beers with out becoming intoxicated.   Intoxication and alcoholism are real problems.  We often make lite of them in our hobby, but I believe that if we were being real and honest we would all admit that drinking too much is a problem among some home brewers.  (And if you do choose to get drunk, do it at home and never ever freaking drive drunk!)  But session beers offer more than the ability to have multiple beers . Session beers are fun.  It is fun to try to make a beer reminiscent of one of your favorite high alcohol beers. It requires thought, planning and creative experimentation.  And finally session beers cost less than high OG beers.  They just do, less grain, less extract, less yeast always equals less cost. 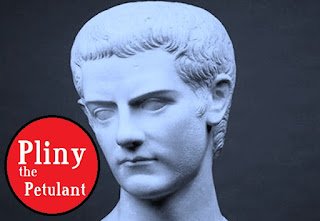 So with those things in mind I am going to give you some tips to cloning the big beers you love into reminiscent session beers.  These are not true clones.  They are homages to their bigger inspirations. Today I present to you Pliny the Petulant.  A less than 5% alcohol version of a great IPA.   I'm sure most of you have heard of Pliny the Elder and Pliny the Younger.   Some of you may have even heard of Pliny the Toddler.   For those of you who haven't,  "Pliny" is a beer by Russian River Brewing.  It is debatably the penultimate imperial India pale ale.  I'll let you research and try for your self. 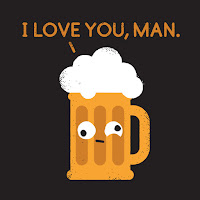 I have a long love affair with this beer.  It is with out question one of my 2 favorite dIPAs (the other being Boulevard The Calling, which I don't think lends itself well to a session approach).  So when I set out to make a session IPA for spring and summer... I'm setting out to make a version of Pliny.   I'm setting out to capture the flavor profile of this beast.   Having said that I am not the first,  Drew Beechum's recipe for "Pliny the Toddler" is widely available online.  As is the recipe from The Maltose Falcons brew club.  I have made these recipes many, many times.  I have even blogged about them several times. They are great recipes.  But I have brewed them and made certain tweaks over time.  Tweaks that have gotten me exactly what I want.

In Planning a session, There are two approaches.   The first approach is to try to capture the flavor profiles of the original beer with out worrying about the balance of IBU to OG.  When you take this approach, and I certainly prefer this approach and have taken it many times,  you aren't as worried about the ratios and % of the hops, or the balance index?   Wait, you did it again, you used some term no one has ever heard...  You're right I did.   The balance index is merely the IBUs / OG.  In Pliny the real laboratory IBUs are insanely high... approaching 250.  But the perceived IBUs are around 95.    And this is the gist of the other approach.  Leave the % of hops the same,  and leave the balance index the same. make a smaller beer with exact percentages.  I have done this too and... I think the first approach is actually the better one.  But with either approach we still have to do some math and some planning and we have to look at the original recipe carefully.   So here is the American Home brewers Association published clone recipe for Pliny the Elder.


So A little math and planning tells us that we want a recipe that looks something like this... 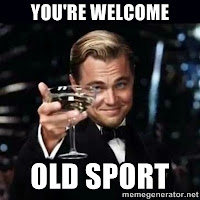 The goal is creating a beer that captures the beer being cloned.   It's that easy to "sessionize" your favorite big beers.   Of course you'll have to brew it, drink it all, and tweak it a couple of times.   I've done that bit for you... you're welcome!   But if you do you'll end up with something that looks like this...

This is what we'll be brewing this coming weekend.  And to make things even easier, we will be doing a no sparge batch.   We put all but 1 gallon of the water into the mash tun and all of the grains. If our temp is spot on we add the withheld 1 gallon when it is at the mash temp.  if we are too high we add up to 1 gallon of cold water until we are at temp.  Were almost never too low, but if we were we could add up to 1 gallon of 170 F. water to get to temp.  This is the easiest way to brew by far.   We use a bag as a filter medium, but you don't have to if you prefer a false bottom or stainless supply screen. After 60 minutes we stir, check our gravity, and usually we are ready to drain into the kettle.   Yes I know some of you are  freaking out right now  what about pH, what about ideal mash thickness, what about, what about... Kai says... John Palmer says.... Just adjust your water, use good buffers, and give it a try it works just fine. (OK clearly I've touched a nerve with a disciple of the BrauKaiser who has chosen to PM me rather than post publicly,  Listen, I am a huge fan, nearly a devotee of Braukaiser... but no sparge works every stinkin time, so just try it!)

From there on it is just like any other batch... It is really that straight forward.    With No sparge brewing you can reduce your brew day to under 3.5 hours if you are organized and plan in advance.