Dumbest things I've read about home brew on the internet...

I love the internet.   Obviously I am a fan of blogging, and forums and chat rooms.  But,  you have to source your information carefully... Today I present to you some of the dumbest things I have read on the internet about home brewing.  Here are some examples to avoid,  with out names attached... I'm not petty, just a humble servant of home brew truth.

infections - "let it ride man...it might be great"   first pet peeve... not every infection is a potentially good thing... mold will not magically turn into bret brux and create an amazing beer.  Mold is just mold...   Not every infection is safe... acetobacter is not something to be taken lightly.  I'm so tired of people posting infections that are obviously mold and having some one say... let it ride...   Best advice "if you didn't mean to brew a sour... pour it out... or take lots of photos and take it to your LHBS and ask what it is..."
I think you all get my point.  You just can't tell from a 2" photo on the internet.  It might be wonderful... It might be potentially dangerous to people with mold allergies, asthma, and other sensitivities.  So best advice is to go get some professional advice from your local home brew shop, or an extremely experienced home brewer, who brews sours.  And remember, even if it is an ok sour bacteria... The pitch rate of the bacteria is no where close enough to create what you want.  So if you are going to "let it ride"  I still suggest a trip to your LHBS to get some viable adequate cultures of bacteria.

tannins - "don't squeeze the bag...you'll extract tannin" listen to me round eyes... you are not strong enough to extract tannin by squeezing a grain bag...the extraction of tannins from barley occurs when a certain set of conditions are all present...and chief among them is a pH over 6 in your mash and sparge.   It is really hard to get your pH that high when brewing.   Especially if you are using pH stabilizer.so squeeze your bags biab brewers... get all that wonderful wort out of there 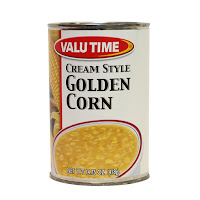 dms - "if you don't boil for an hour or more... you'll create DMS"   You do not create DMS. The DMS precursor amino acid S-Methyl Methionine is present in all grains...it is necessary for germination. SMM is the DMS precursor, not some magic brewing dust in your boil kettle.  In a kernel of well modified malted barley it is only present in very very low levels. With well modified barley... there is very little risk of DMS.  If you boil hard for 15 minutes or longer.... there is almost no risk.  DMS fear is a hold over from the early days of home brewing.  Back then we didn't get grains that were fully modified.   Perhaps 75-80% of a bag of grain was well modified (meaning the acrospire had reached the top of the kernel) the rest were not there yet.  So there was a much greater risk of DMS.  I have tasted DMS beer... I doubt that most of you ever have tasted a beer ruined by DMS.  It is really rare now.  If you want to taste it get a can of cream corn and throw some hops and canned spinach in it mix it with a beer... that will be close.

diacetyl -  this one's a doosy... "if you ferment over 65 you'll have diacetyl every time"... WRONG FALSE... GO TO JAIL DO NOT PASS GO DO NOT GO HOME.  Here's another classic... "the amount of diacetyl is directly proportionate to the % of crystal and roasted grains..."  what the what...  Diacetyl is a normal product of yeast metabolism.   The amount of buttery, or butterscotchy character you get IS related to the fermentation temperatures. But 70-74 isn't a problem.  The good people at your preferred yeast vendor love brewing as much as you do, probably more,  they have worked hard to create and mutate yeasts that don't kick off a lot of alpha acetyl.   Alpha acetyl is the precursor, that is what becomes diacetyl.   Here is the good news... modern yeast absorbs and breaks down diacetyl.  That is why we ferment for 2-3 weeks minimum. The primary fermentation is usually done in 5-7 days, assuming good aeration and good pitch rate.   The extra time is for the yeast reabsorbing and cleaning up other less desirable flavors. Wyeast, White Labs, and Fermentis all have excellent resources on line...

BIAB isn't efficient... "I don't like BIAB because it is only about 65% efficient..."  No sparge BIAB may be less efficient than sparging methods.   But, no sparge 3 vessel is also less efficient than batch sparging, which is less efficient than fly sparging.   The truth is grains, enzymes, and flavonoids don't know if they are in a 3 vessel system or a pot on your stove.  Efficiency has way more to do with the brewer, and their practice than the system you are using... Unless you are using an automated single vessel system (they regularly run over 80%).  BIAB is no less efficient than 3 vessel.   But, and this is an important thing to remember, There is more going on in your mash than conversion of starch to sugar through the Embden–Meyerhof–Parnas metabolic pathway. Better efficiency does not equal better beer. 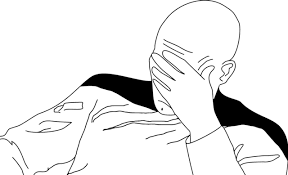 Worst Recipe Ever... and a common trend.  I see recipes all the time on the internet in various recipe forums for "partial mash" that have no mashable grains... ONLY BASE MALTS NEED TO BE MASHED,  A RECIPE ISN'T PARTIAL MASH UNLESS YOU ARE MASHING FREAKING GRAINS. Sorry, had to get that off my chest.   I have seen a recipe this week on one of the sites that called for... wait for it... 4 # of Black Malt,  3# of Chocolate Malt, and 10 # of Crystal #20... it was described as a sweet stout... uh...well... oh buddy no... just no.   I asked if he meant .4, .3 and 10# of stout malt?  he said no, they brew this all the time... so be careful on the free recipe forums.  There are some new guys, who have lots of enthusiasm, but no real knowledge yet.... Brewtoad is working to correct some of these problems, they are adding a feature to make sure that partial mash actually has base grain, and that there are base grains, or extract in every batch.

The moral of the story... educate your self.  Yes, have fun on the internet.  Read the blogs.   But double check the information.   I can't say I work hard to bring you cutting edge research... I leave that to the Brulosopher, Professor Brew, and Woodland Brewing Research.  But I can say I've been doing this a long time.  I don't know the things I know because I am brilliant (I am but that is another story).  I know these things because I have failed as much as anyone else and had to go to the LHBS and ask what I did wrong.  Or spend time in Dr. George Fix's book "Principles of Brewing Science"  That is all for now brew fans.   Keep on brewing and keep on sending your comments and questions...

What's the dumbest thing you have read about home brew on the internet... please no names or handles...

Lucas Cashman had some great comments, so I added them...

Autolysis... if you don't rack of the primary you'll get autolysis... So many reasons why this isn't a big concern for home brewers... Let's just say it this way... if you aren't aging a beer for more than 4 months in the carboy, Autolysis is not an actual issue for home brew.  The volumes of yeast are just not enough to cause this phenomenon in noticeable amounts.   Current Advice is this... unless you want to use the yeast cake for another batch... or you are going to age a beer (i.e. Barley Wine, RIS) don't rack it at all.

White Sugar makes a cider taste... this one is partially true.  White sugar in large % of your grist can give a cidery taste... but when used for bottling, or used to help dry out a batch... it won't.   Yeast will eat the simplest sugars first in the EMP metabolic pathway.  Glycosis is the conversion of 1 molecule of glucose into 2 ethanol and 2 CO2.  It is a process we can control with healthy adequate yeast pitch, temperature, and wort composition.  If you give the yeast a super simple sugar to eat, they will eat it fast , and they will kick off other compounds in the minor metabolic pathways, in order to eat it fast. But if you give them sugar after they have converted most of the maltose, glucose, and maltriose, fructose... you will extend yeast activity and help to dry out a beer...

Extract Beers are Twangy... too much has been written about this already.  So i will just say... Baloney.  They are not.  They haven't been for years.  The twang that you get from extract has to do with brewing experience and practice not the extract.   A well made extract beer is nearly indistinguishable from an all grain beer.  And a well made partial mash beer is often superior due to the advantages it has in terms of water chemistry and pH.  The reason I prefer all grain and partial mash is that to me they are more fun, offer more variety, and they cost way way less.
Posted by David Stelting at 8:00 PM