How to make a ridiculous Imperial IPA... Part 1 the pitfalls 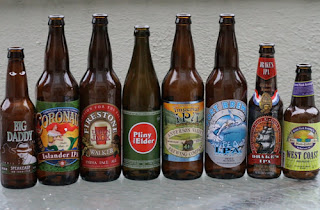 Ok, here it is, the series you have all been waiting for.  The big one.   How to make a ridiculous double India Pale Ale.   This is the first in a 3 part series on this topic.  Part 1; the pitfalls, Part 2 Hop Oils and how to use them, Part 3 The Counterbrew dIPA recipe "Hoptonite".  I wont bore you with too much information and history about dIPAs.   But give me just a little leeway.   Until 1974 American beer was bland.  Bland, bad, yellow, fizzy lager. And not even great lager.  Then Fritz Maytag of Anchor brewing said, enough.  He came out with an English style pale ale hopped with Cascade hops, called Liberty Ale.   Liberty Ale was off the charts hoppy, clocking in at a reported 31 - 35 IBUs.  In a world where most beers were 12 to 16 IBUs, this was a game changer.  Fritz was soon followed by Ken Grossman of Sierra Nevada and his gift to the world, Sierra Nevada Pale Ale.

But the world really changed in 1994 when a young brewer at a winery named Vinny Cilurzo came out with a high alcohol, high IBU beer called... Pliny the Elder right?  Wrong.... Blind Pig actually came first and is widely considered the first double IPA.   He took his IPA,  doubled the hops, increased the malt bill by 30%, and kept dry hopping  for a year while storing on oak chips.   And the revolution that was preserved by Anchor, Minhas, and Frankenmuth, and fueled by Boulevard, Sierra Nevada, Stone, and others got the turbo charge it needed.  The Double India Pale Ale, or Imperial IPA.

So, double India Pale Ales are a bit of a misnomer.  They are an American invention.  They are incredibly hoppy.   Believe it or not they are easy to make taste decent.  But really hard to make taste incredible.  This is why they are so very popular with home brewers.   Even if you don't absolutely nail it, it will still be pretty damned good.

But today, for this day only,  we here at Counterbrew will break open the secrets of making a great double India Pale Ale.   We will explore the pitfalls, we will explain techniques, and we will give some good guidelines to follow when making a dIPA.  At the end of the series we'll make a great dIPA and post all about it.

Guys get excited when they are making a dIPA, and really why shouldn't they?  A good dIPA is something we all long for.  The ability to create one gives a brewer great satisfaction, and pride. Sharing it with other brewers gets a brewer respect and a bit of brew geek glory.   But there are potential pitfalls to avoid when making a dIPA.  Today we focus on the pitfalls. 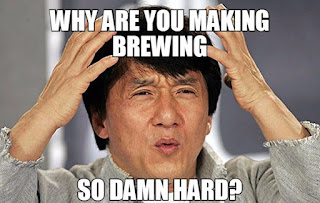 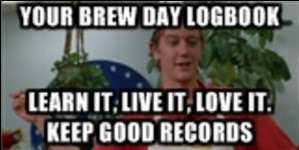 Those are the common pitfalls when brewing a dIPA, and really almost all beers.  Some beers are more forgiving, some are less forgiving.  But in general these are the pitfalls of brewing a great dIPA, and good practices to follow with any brewing session.  So as you plan your recipe, don't just plan the ingredients take the time to plan out everything.   It will dramatically improve your brew day.

In our next installment we will be looking at hop oils... what are they, and what flavors do they create?  How can you use them best... notice I did not say maximize them... Use them best...