We will return to the dIPA series, and the yeast series next week...thank you for your amazing support of those posts.  I am truly humbled by the thousands of you who have read them.  I pledge to keep posting, and trying to keep things easy to understand.   Now, on to the show!

Decoction Mashing is that mysterious, antique, and almost mystical process that some of the most advanced brewers of lagers and ales use to coax extra flavors, color, and clarity out of their malt.   Possibly the most romantic, intense connection a brewer can have with the brewing process.  When you meet a serious decoction brewer, pay heed... give respect... this is a serious brewer, right?  Well maybe... or maybe they just know it isn't that big of a deal. 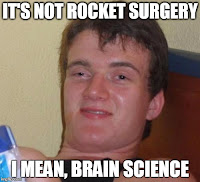 What is decoction mashing?   Well... it is basically removing, resting, and boiling some of the grains in your mash.  Why would you ever do that?   There was a time when grains were not well modified and brewers found that if they followed this procedure they could extract maximum sugars and make clearer beer.   The brewers who followed this practice didn't have computers, refractometers, or pH meters.   The just had common sense.  They developed a method that worked.  They worked and refined it over time.    You can learn as much as you want to know about Decoction Mashing.  There are books that can educate you to the point where commercial brewers are asking you questions. My favorite book on Lagers and Decoction is by Greg Noonan,  New Brewing Lager Beer.  If you want to become a great brewer read this book.  (Truly if you can master advanced German brewing techniques, there is really no beer you can not brew.)  You'll learn that you can weigh your decoction, check the pH constantly, even check the gravity... 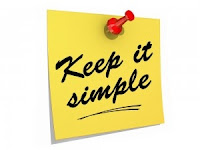 You can keep it simple. You can embrace the principles, without embracing the complexity.  It will still work just fine.  RDWHAHB, and remember brewing is just cooking.   If you are a regular, or even an occasional reader...you already know what approach we here at counter brew are going to take.

So here are our fundamental easy to follow guidelines for decoction mashing....

So as you can see the possibilities of decoction mashing are endless.  It is just a tool.  A tool you can use to add flavor, color, and clarity to your beer.  For our purposes today, we are just going to do a single decoction mash in the most foolproof way possible.  We are not going to do a protein rest, a beta glucan rest, an acid rest, or a kermit the frog rest.  We are just going to do a beta sacc rest, then an alpha sacc rest, and then a mash out.   We will use decoction to raise the temperature from beta to alpha.  We won't be doing a true no sparge BIAB but we will have a fairly thin mash.

I'll explain the process this week, post the recipe with very specific instructions, and then I'll post brew day photos in the next week or two.  May even put some video in that one.   But remember, if I need to add an additional decoction to change my temperatures, I will.   And that is kind of the point.  Decoction is just a tool. I also reserve the right to brew a Pils Urquell clone, cause I love that beer.  But the technique is the same.

What beers benefit from decoction?  For double and triple decoction,  I tend to stick  with amber and dark German lagers, Scottish ales, and Baltic porter.   A mash out decoction?  Any beer you ever brew can benefit from a mash out decoction.  I have even done a single decoction as a way to raise the temperature of a dIPA that was mashing too cool (wouldn't have had enough body for the hops, so I made a spur of the moment decision, best IPA ever!) Remember, it is just a tool.  A tool you can decide to use on a moments notice if you understand the concept. 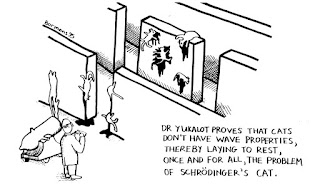 Remember this is a lager beer.  So you'll need to be able to lager.   If you can't lager yet,  I'd suggest you use US05.  It is reliable and fairly clean.   It won't be a true Vienna Lager, but it will be a damned fine amber.  You may even add more hops, or change the hop bill.

See?  it really isn't that hard.   In the future I will post the specific formulas you can follow, and I will even post a triple decoction mash day for a Marzen I will be brewing at the end of the month.   I hope for now that this made decoction a little easier.   There are lots of videos online about decoction.  But the best and easiest to follow by far is the brewing TV video with Michael Dawson. You can tell when you watch it that MikeD is comfortable with the process, it's no big deal, he's done it a hundred times.   That's where you need to go.  That is where you need to be as a brewer.  A level of understanding, not a set of rules.

Posted by David Stelting at 7:13 AM