Funkadelic Mastery; Getting into Sour and Funky Beers... A new feature on Counterbrew.

Ok, first off, the title is kinda silly.  You can never really master sour and funky beers.  That is kind of the point of funky and sour beers.  They are a bit wild, and when you make a sour beer, or a funky beer you are there to serve the needs of the yeast / beer.  Think of yourself as a shepherd when you are making these beers.   Keep the flock in the pasture,  keep the flock from grazing other pastures, and give the flock what it needs to flourish.  So mastery, is kind of the wrong term.   Do not attempt to approach them with the same techniques and practices you use when brewing clean ales and lagers.


This is a radically different approach than clean ale or lager brewing.  It also produces radically different results.  And believe it or not, it actually takes more cleaning and sanitation than regular brewing.   Yes, I said it, more, not less.   I know you have all heard that before, but I want to stress the truth of it here and now.   When you deal with sour beers you need to treat them like contaminates. You need to be extra, extra careful with washing your hands, your brew gear, your brewery etc.   Even across the internet,  I hear some of you out there groaning.  Some of you experienced sour guys are rolling your eyes audibly.   Yes, I know it is just yeast and bacteria.  Yes, I know that standard sanitation practices will most likely prevent infection of future clean beers.   But remember this blog targets new and intermediate brewers.  Most of whom are still refining their cleaning and sanitation processes.   So yes, treat sour and funky beer like a contaminate.   Clean and sanitize everything the beer comes in contact with, and use separate racking and bottling gear when making a sour.


But don't let this scare you off.  I am going to give you four approaches to sour beer that produce great results and which, when used the way I describe,  will prevent infection of your brew gear.   1. Bottle Dregs additions (the easy way to make a sour) 2. Sour Wort procedure 3. Sour mash procedure 4. Mixed yeast (or bacteria) fermentation.   And really, other than capturing your own yeast or open fermentation, which we will do in a later post,  those are the only ways to make sour or funky beer.  We will not be getting into traditional Lambics, or traditional Gueuze.  We will not be learning about turbid mashing techniques.  If you love sours, and want to learn about those techniques I strongly suggest "American Sour Beers"  by Michael Tonsmeire.  It is, in my opinion, the definitive book on sour beers. Michaels website it the hang out spot for us sour beer nerds. Themadfermentationist.com .  If you've never brewed a sour, the website may be a little overwhelming at first. But you'll catch on. And feel free to ask questions. Michael actually answers them.

We will eventually be getting into blending sours, and funky beers with other beers to make unique and amazing new creations.   We will be getting into fruit, and the role they play in sour beers.  So this isn't a series as much as it is a new feature.   We will also make a cheaters sour fruit beer.  Something I sometimes do to decrease the time from kettle to glass.   Every sour beer will be bottled.  Not kegged!  Bottle conditioning is important to sours, and part of the fun. 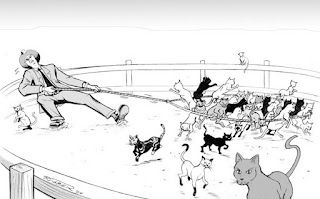 I have told you all, for the duration of this blog that I do some more advanced brewing, Some sours, some wine blended and wine fermented beers,  some fruit sours, and some oak aged sours.  Now, I'll pull back the curtain and let you all in on how I make these mini masterpieces.   But,  and this is important, we will not be trying to clone the great sour beers you love.   I have found cloning a sour beer is like herding cats.  Frustrating, and a general waste of time.    So one philosophy I embrace about sours, is  to be inspired by a brew, but to never try to clone it exactly.

In the next episode we will talk about setting up for sour.  It is easier and more affordable than you may think. All you really need is a dedicated bucket with a spigot, a dedicated wine theif, and a dedicated bottling wand.   We will also talk about the 3 main sour cultures,  Brettanomyces, Lactobacillus, and Pediococcus.  We will get into our first 2 methods.  1. Bottle Dregs, and 2. Sour Wort.  And I will give you some recipe guidelines for brewing sours.

Important Note on Safety. Here at counterbrew we do not advocate true wild fermentation. I know it is all the rage now but there are some potentially dangerous pathogens that can make you sick that just love to hang around beer. They don't generally end up in your finished beer, the acidity and alcohol kill them. But they can get on your hands and gear when you are brewing and make you sick. We believe in pitching pure cultures of the yeast or bacteria that you want in your beer. Even if you harvest the yeast yourself, you should take the time to purify the culture. We will get into that in our series on yeast wrangling, in the future (late summer and fall).

Posted by David Stelting at 8:47 AM