The best AIPA I ever had...save your recipes. 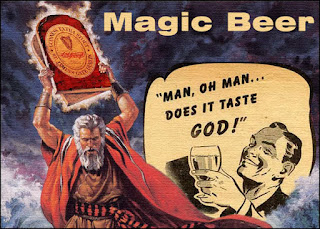 If you are an experienced home brewer... you have had the same thrill and frustration that I am about to describe.  If you are a beginner, consider this a warning.   Last year, in April I brewed a magical batch of beer.   It was with out a doubt the finest AIPA I have ever had anywhere.  Every friend who tried it agreed it was sensational.  Most agreed it was among the finest they had ever had too.   Since then I have been chasing that beer.   And if you had tried it you would be chasing it too.  Some how the flavors all came together with out being muddled at all.   Clearly defined pure hop excellence.

The beer in question was a beer based loosely on.... say it with me people.... pliny the elder.   But it wasn't pliny the toddler.  It was higher in ABV a respectable AIPA   And I substituted Warrior in as the bittering hop.  But like a jerk,  I tried to improve it.  To make it more mine.  I added Mosaic one time,  I substituted Nugget for Simcoe another time.  (they are nearly identical by the way)  I tried biscuit malt, aromatic malt,  I even used honey one time.   But none of these batches compared to the original.   Don't get me wrong, they were good beers... I am me after all.  I can brew some good beer.  But they didn't have that special something. 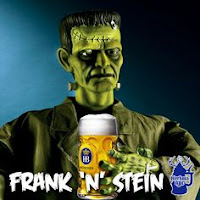 Here is the real problem.  Every time I rebrewed the beer, I got further and further away from the original.  And the recipe on my software became a bit of a "frankenbrew"  It had gotten to the point where I couldn't remember the original recipe.    I had become convinced that I needed to start at the very beginning and just change one thing at a time, brewing batch after batch of 1 gallon recipes until I got it just right.

But an amazing thing happened.   In a brewery cleaning of epic proportions,  I found the recipe.  It was exactly where I put it so i wouldn't lose it.

So this weekend.  Jake and I will be brewing this magical AIPA, which is now called August Hyppo. Clearly labled on my Brewtoad account.  And the only recipe by that name.   So I can't lose it again.   Here it is for you all.  I strongly suggest that you give it a brew.   It is really that good.    This week is a countertop brew in a bag.  With a protein rest, a 60 minute sac rest, a mash out, and a sparge rinse.  Next week the entire team will be back together again and we will be brewing the monster. HOPTONITE dIPA.  When we brew hoptonite we will be doing a no sparge brew.

Fermentation Schedule:
Set Chamber to 62 F.  for 4 days. The heat of fermentation will get the beer to 66 to 68, which is perfect for US 05  Then raise temperature of the chamber to 66 F and allow beer to finish.  The beer is fairly low OG and will be done fermenting with in 10 days.  After 10 days, dry hop.  You will be ready to package this beer after 14 days.  it will be ready to drink around day 21

Posted by David Stelting at 8:58 PM